Your infrastructure-as-code is still code, and all that YAML needs to be checked for correctness. So does ours, and we did something about it.

GitHub's CI/CD offering, GitHub Actions, is a solid product that CipherStash uses extensively. At the end of the day, though, Actions are still code, and as such they need to be linted and checked like the rest of your codebase. In the spirit of "trust, but verify", I've developed a Rust tool to validate these YAML files that we're using to good effect here at Stashie HQ.

Just because it's "only" a configuration file, doesn't mean you can't make mistakes with YAML. In many ways, linting your GitHub Actions files is more important than many of your other development artifacts, because you can't test them before pushing. If you've worked with GitHub Actions for any length of time, you've probably got something like this in your shell history: 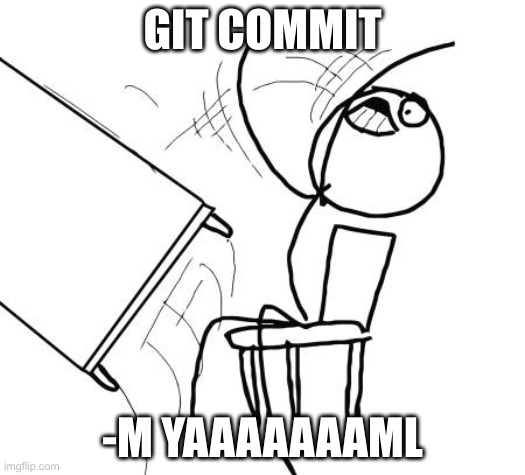 Invalid YAML syntax, failing to abide by the required "structure" of a GitHub Action file, and a whole host of other problems: you only find out about them after you push. As my shell history can attest, this is a painful and annoying way to work.

The worst problem, though, is yet to come.

The Typo Strikes Back

You can (and should!) restrict workflows to only run when commits change files in certain parts of your repo. This speeds up PR checking (as irrelevant checks aren't run) and saves your precious minutes. However, one typo -- or renamed directory -- can ruin your day, as all of a sudden your check never runs:

One little extra c in there, and your test suite never gets run. Ruination!

After being bitten by one-too-many typos and profanity-laden commit messages, I decided to break out the thinking geek's favourite tool: Rust.

The end result was action-validator, a very simple tool that:

By inserting this into our standard pre-commit hook, like so:

We now get early warning of any common problems being introduced into our codebase. WINNAH!

As an aside, we're heavy users of the asdf version manager, so it was natural that action-validator would support that from day 0. Hence, if you also are a member of the Church of asdf (meetings weekly, tea and biscuits provided), you can just do the following:

... and everyone will have action-validator ready and waiting for their next commit.

Yes, for now. Simple tools are quality tools. Of course, if you've got ideas for more things that action-validator could check, PRs are always welcome. Be the change you wish to see in the world!

Matt has been cutting code and taming infrastructure for longer than he cares to remember. He has war stories from the likes of GitHub, Discourse, and Engine Yard, and if you're not quick enough, he'll tell you all of them.

Your infrastructure-as-code is still code, and all that YAML needs to be checked for correctness. So does ours, and we did something about it.

It turns out there’s heaps we can learn from API security improvements and apply to databases. Here are the top 3!

Cryptographic Failures is now #2 on the OWASP Top 10

The OWASP Top 10 has recently been updated, and it has recognised Cryptographic Failures as the #2 vulnerability category. Here's how CipherStash can help.